Filicudi-Alicudi islands: the wildest and the most remote islands

Filicudi and Alicudi islands are the most remote and isolated of the archipelago. These two islands are the least developed and are covered in ancient stone terracing, surrounded by pristine waters, and have unique coastlines with visible stratification layers of ancient volcanic eruptions. 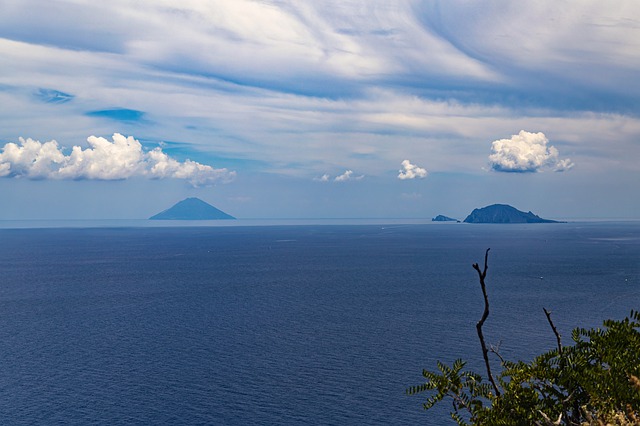 Far from the most navigated routes, if you land on Filicudi, it is only for choice, or even better for the desire to immerse into a pristine and wild nature, where t little and cosy coves transform the island into a unique scenery.

To fully enjoy all the beauties of Filicudi we advise to use a boat. If you have no boat, do not worry: there are a lot of places where to hire it, or to take a guided tour along the coast.

Don’t miss the cave Bue Marino: in the past it was thought to be the hiding place of marine monsters, because the rays of the sun created particular light plays.

Another evocative corner hidden by the sea is La Canna rock, which, according to the islanders is said to have the shape of Madonna with the child. This rock is shaped by the sea and fire, and rises in all its might upon the island, giving the impression to protect it. According to a “Filicudian” legend the rock has magic powers: it is enough to touch the rock to make your desires come true.

Alicudi island is a little paradise, a place where man and nature coexist without damaging each other. Before you land upon the island you understand why, because of the pristine landscape and the particular scenery, Alicudi is one of those places where time seems to be stopped. 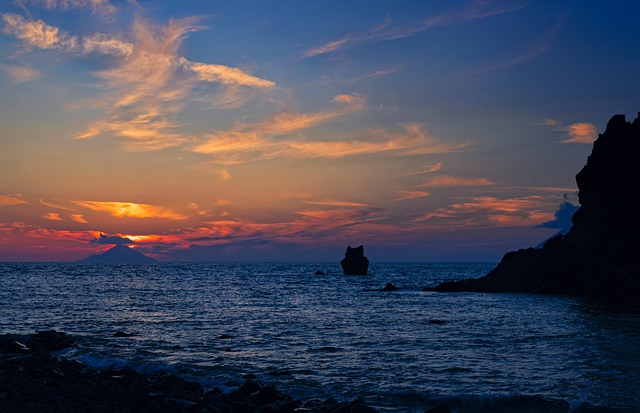 Still today the habitants move exclusively on foot along steep mule tracks which, from the port, cross the whole land till they reach the peak of the mountain constituting the island.

Alicudi island offers a kind of “extreme” vacation: except for the port, a food shop, a little bar and the only restaurant in the only hotel of the isle, there is nothing else. (There are around 120 inhabitants on the island which is around 40 km to the west of Lipari, with a land mass of around 5 sq. Km)

Before you arrive on the island, you have to bring cash with you and eventual medicines which could be useful. This is Alicudi: to live on the essential, and the nature’s beauty, to live well with fewer things.

The island is amazing and can be visited by boat; it is possible to admire not only clear and crystalline waters, but also to enjoy the island’s views. One of the most fascinating views to be enjoyed from the boat is the landscape of high rocky coasts, typical of the Alicudi island.

-These are the ideal places to stay for uncontaminated nature lovers and for those who can live without the comforts of modern life.
Alicudi has only little lanes and large steps requiring a certain physical preparation to reach the houses located on the island’s slopes and has no sand or gravel beaches.

-There are very few accommodations (2 or 3 small hotels in Filicudi and only 1 hotel in Alicudi) and some self catering holiday houses with a very simple structure. 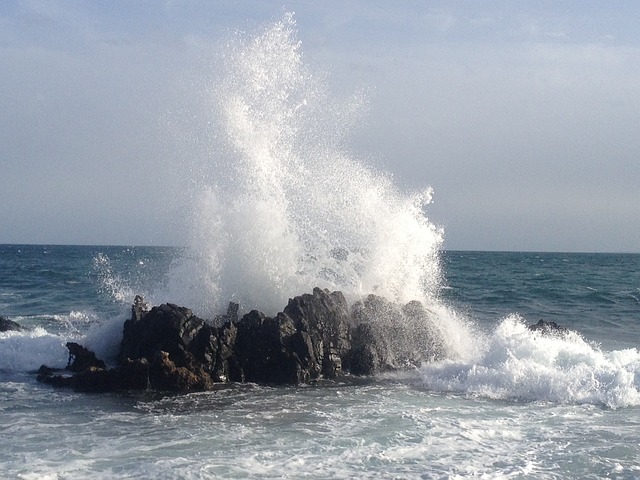 Alicudi island is the farthest Aeolian Island from Milazzo and therefore the crossing takes around 3 hours by hydrofoil, with stops at the islands of Vulcano, Lipari, Salina and Filicudi.

Filicudi Hotels – Where to Stay 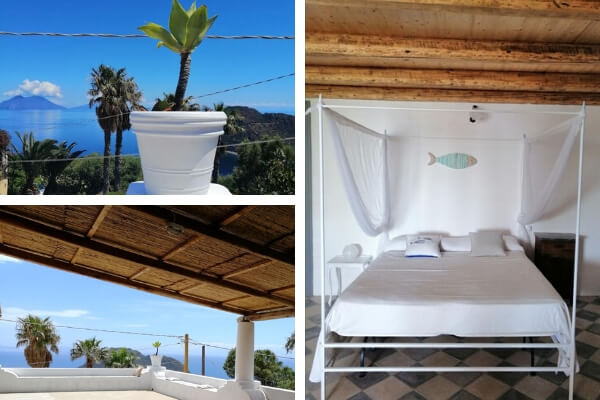 Le Sette Sorelle is the perfect B&B for a truly relaxing vacation on the beautiful island of Filicudi: exceptional location and view, highly welcoming and helpful owner and service personal. Recommended. 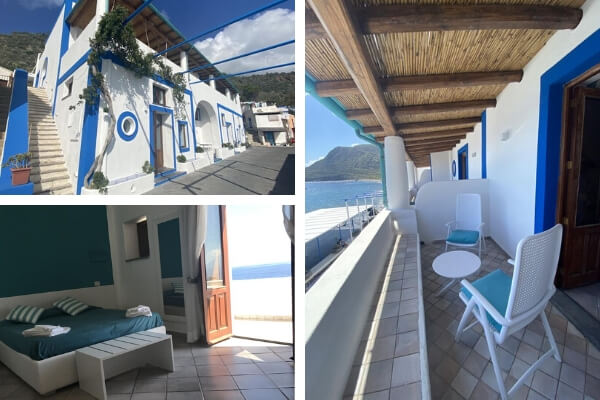 Situated in Filicudi, 7 km from Panarea, Da Nino sul mare features a restaurant and free WiFi.All units come with a seating area, a flat-screen TV with satellite channels and a private bathroom with a hairdryer, bidet and shower.Guests at the bed and breakfast can enjoy an Italian breakfast. 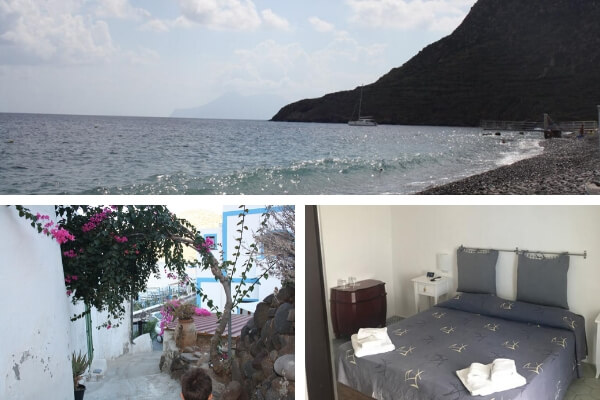 Facing the beachfront in Filicudi, I 5 PASSI has a restaurant and a bar. Boasting family rooms, this property also provides guests with a terrace. The air-conditioned rooms provide a sea view and come with a wardrobe and free WiFi.Guests at the accommodation can enjoy a buffet or an Italian breakfast.