San Nicola island is the most populated of the islands and historical centre of Tremiti. San Nicola island is perfect for a day between history and sea. The island is considered by many scholars to be a natural open-air museum, where you can get lost among the fortifications as you wander through towers and monuments, including the pretty church of Santa Maria a Mare. 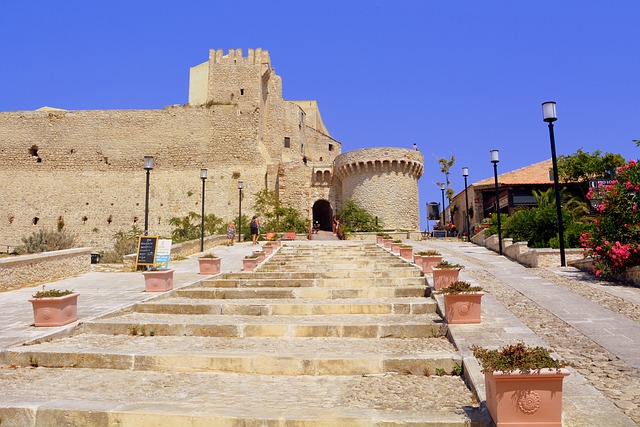 Originally, it was the site of an ancient monastery where legend tells of violent storms breaking out to thwart anyone daring to remove the remains of a monk named Nicolò.

From the marina, there are two alternatives to get to the fortified village: comfortably with the elevator, or climbing the steps with a view of the sea and the islands – incredibly beautiful.

Once on the top, you should stop at the Fortress and to St. Mary’s Abbey to discover more about the history of Tremiti.

In fact, the history of this island is closely related to the arrival of Benedictine monks in the archipelago, as they founded the Abbey and built much of the town.

The silence here is sacred, interrupted only by seagulls. Heading towards the “donkey plateau” (for donkeys that grazed there), you will discover the remains of a votive altar and some tombs, like that of Julia, nephew of Emperor Augustus, and that of Diomedes, a hero who participated in the war of Troy. 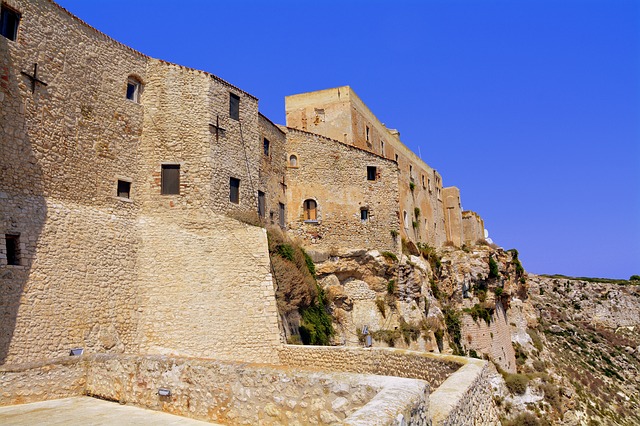 Nowadays San Nicola is a small touristic centre with 4 – 5 restaurants, many bars and some bed and breakfast managed by locals, there are not hotels on the isle. All surrounded by a suggestive medieval setting and 30km of the sea!

Don’t miss: the tour of San Nicola island by boat. Cliffs even sixty meters high that fall on the turquoise seas are an imposing sight.

Here, wherever you dive, you can’t go wrong: between San Nicola and San Domino, at the Secca del Cretaccio shallows, you can swim among torpedoes, moray eels, grins and lobsters.

Puglia has a Mediterranean climate with hot, dry summers and mild winters. If you enjoy hot perfect sunny days the best time to visit Puglia is between June and September. The hottest month of the year is July with an average daily maximum of 35 C and an average low of 24 C. The waters of the sea, warm up to a most pleasing temperature, which is perfect for those who love swimming in the sea. 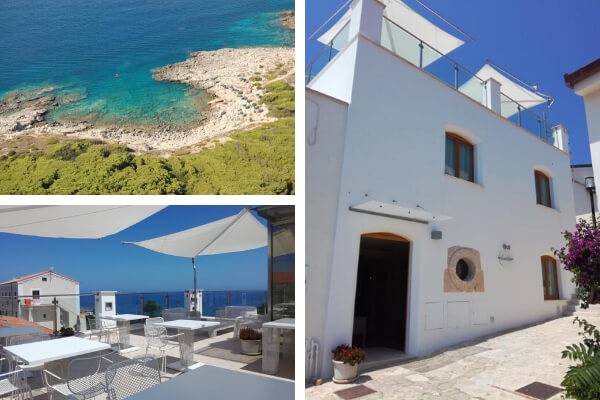 Set on the Island of San Nicola, in its historic centre, La Casa di Gino features a sun terrace. A buffet breakfast, with hot drinks and pastries, is offered daily. In warm days, it is served on the sun terrace.The harbour, with ferries to the other Tremiti Islands, is 100 m from La Casa di Gino. A free electric shuttle bus from and to the harbour is available. 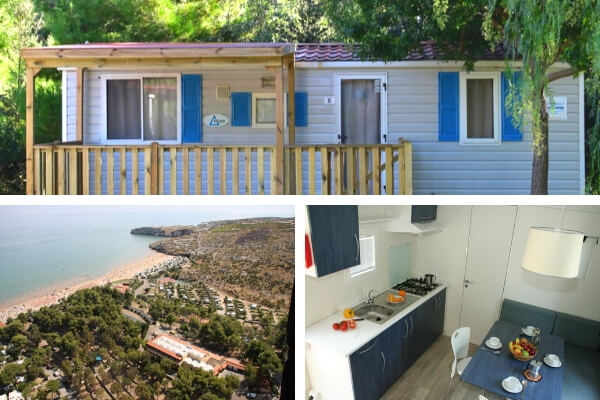 Boasting a restaurant, a bar as well as a garden, Happy Camp Mobile Homes in Centro Turistico San Nicola is situated in San Nicola, within 1 km of Zaiana Beach and 2.4 km of Calalunga Beach.
All units have a kitchenette with a fridge, living room with a sofa, and a private bathroom with shower. The camping offers a terrace. The property has a kids’ club offering various activities, as well as a playground.