Tremiti Islands: what to see and do in 48 hours

Five emerald colour islets, floating in the blue in the heart of the Adriatic sea: The Tremiti islands are located 12 miles away from the Gargano coast (Apulia) and 24 from the coast of Molise and are one of the Bel Paese’s least-known destinations. 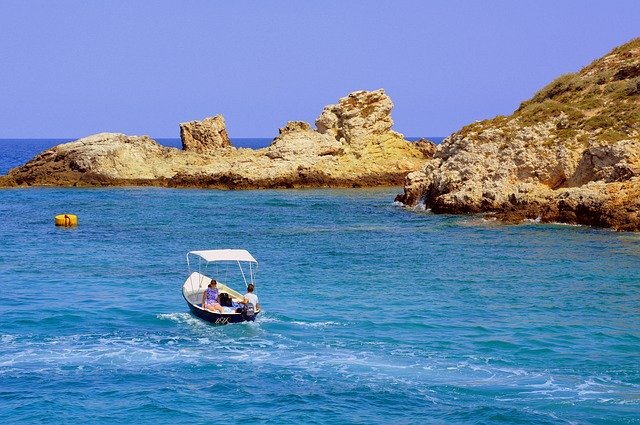 If you love nature, peace and quiet and good food these islands are perfect for you. San Nicola, San Domino, Cretaccio, Caprara and Pianosa are a truly natural paradise that can be reached by ferry for a day trip from the Apulian coastline, but according to us this pearls merit a longer stay of at least 3-4 days.

Tremiti Islands are rocky islands with cliffs, sea caves and coves, they look like “the three mountains that emerge from the water along the horizon”.

Usually the Tremiti Islands are described by their inhabitants with three words: turquoise, relax and mystery.

Turquoise is the colour of the water you’ll swim in when you’ll dive from the boat during your fantastic tour around the archipelago.

Relax is what you’re going to get from the silence of the Island and walking through the woods of San Domino. The mystery is the feeling you’ll get strolling around the Abbey of Santa Maria a Mare at the San Nicola Island.

San Domino is the widest island, the greenest and the one with the highest number of hotels and restaurants. It spread for a length of 3km and a width of 1,7km and with its Colle dell’ Eremita, San Domino rises 116 meters above the sea level. The island is famous for its caves, coves and rock pools.

The most suggestive of all of them, is the cave of the Bue Marino, approximately 70 meters deep, dominated by very high cliffs where flocks of Falchi del Pellegrino, Falchi of the Queen and Berte (the famous Diomedee) fly around.

On the island of San Domino there is only one sandy beach (Cala delle Arene) which has a low seabed and crystalline water.

The half-moon beach of Cala delle Arene you will appear amid the rocks, with its strip of white and fine sand, washed by a crystalline sea, with shallow water and sea beds which slowly slope down.

The unmissable activity is the circumnavigation of the islands!

Many tours depart every day from the marina of San Domino and San Nicola, sailing along the beautiful shore of Caprara, San Nicola, San Domino and Cretaccio. Circumnavigation takes at least one hour and a half, and it includes two diving stops. (Tickets from 15€ per adult)

You can also hire a motorised rubber dinghy, from one of the many booths at the port on San Domino, to explore the coves and caves that mark the coastlines of San Domino and Caprara. (They cost from about €60 to €120 per day, depending on capacity and engine size.)

Many more coves are more accessible via the sea than via land, and a “gommone” is a fantastic way to see the islands’ many grottoes or sea caves. Particularly worth a visit is Grotta delle Viole, or Cave of Violets, named for the purple tint of the water as it reflects off the narrow entrance.

For a stunning view:
Through a walk in the pine-wood it’s possible to reach a hill top called Colle dell’Eremita where is possible to admire the whole panoramic view across the archipelago.

The lighthouse of San Domino is located south-west of the island of San Domino, the largest ones in the archipelago of Tremiti Islands, dropping sheer into the sea, in an isolated place, on the extremity of Punta del Diavolo.

To reach the building, one has to walk along a wonderful path surrounded by the thick pine forest of the island. From here one can enjoy a breathtaking view!

San Domino is easily explored on foot or by bicycle: footpaths criss-cross the island in the shade of impressive pine forests, and bikes are available to hire from the appropriately named Jimmy Bike, who sets up in front of the bank on San Domino’s main square (about €15 per day). 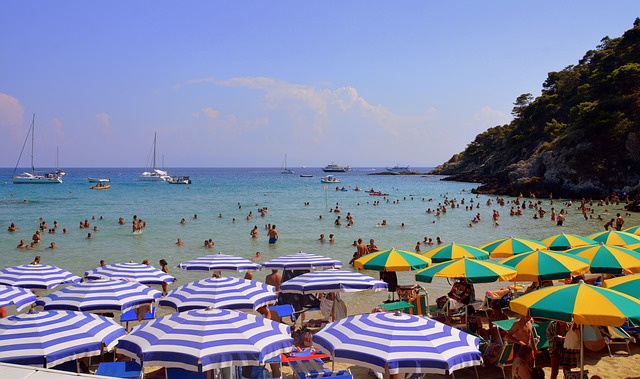 A curiosity: The Tremiti islands were used to be called the Insulae Diomedae, after the Greek hero Diomedes. A bird called Diomedee, smaller than a seagull, lives here and according to legend they are mourning the death of that valiant warrior Diomedes, who was buried here after the destruction of Troy.

It holds that they are no other than the companions-in-arms of Diomedes, whose grief at the warrior’s death was so great that Venus turned them into splendid birds.

Useful information:
Forget your car, motor vehicles are not permitted on the islands. Totally useless since you will mainly explore them by boat or if you are planning an overnight there, you’ll take a local taxi. On these islands the rule of silence dominates.

Leave your car at the harbour in a parking lot, buy the ferry tickets and prepare the backpack with all the stuff you need for an unforgettable trip to Tremiti Islands.

How to get there:

The Tremiti can be reached by ferry boat with daily departures from Apulia (from the city of Rodi Garganico and Vieste), from the harbours of Pescara and Vasto in Abruzzo, and also from the town of Termoli in Molise region. From Termoli daily excursions are arranged during summer season only.

Different sailing or ferry companies cover the trip from Gargano Promontory, and even tickets fares are different but, on average, it will take about 50 minutes to get there. 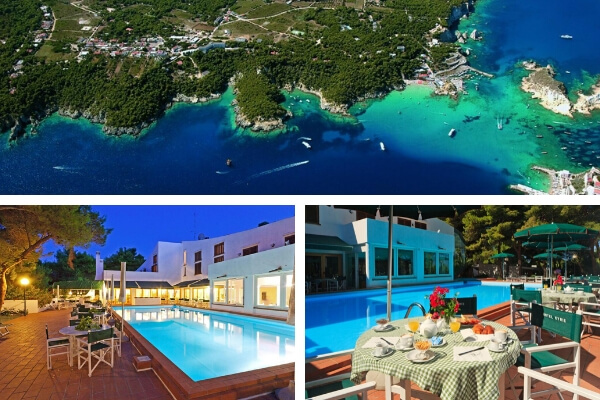 Hotel Kyrie is surrounded by a pinewood on the small island of San Domino, one of the Tremiti Islands. This 4-star hotel offers a free outdoor pool, a restaurant and a free private beach set in a cove. The hotel’s outdoor pool features sun terrace with a poolside bar. Just 800 m along the island is a sandy beach and the main square, where you will find bars, restaurants and shops. 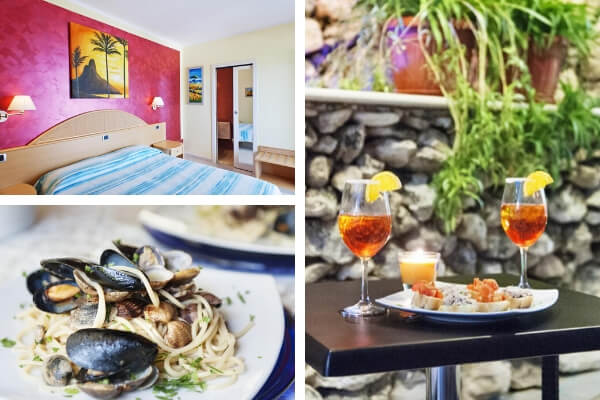 Featuring free WiFi in the shared areas, Hotel La Tramontana offers pet-friendly accommodation in San Domino, just a short stroll from the main square. Guests can enjoy the on-site bar and the property provides a free shuttle to/from the harbour. You can relax and unwind on the terrace, where a buffet-style breakfast is available daily. 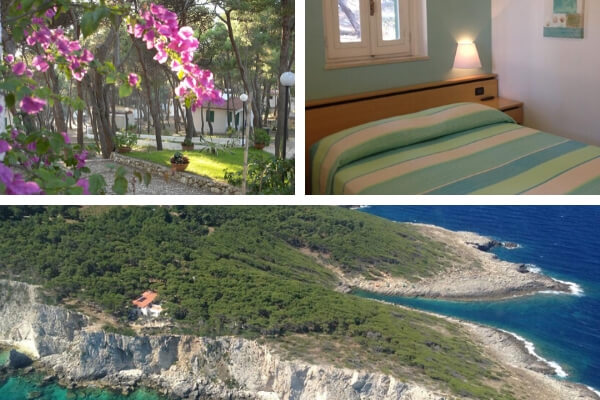 Situated in San Domino, Villaggio Internazionale Punta del Diamante features free WiFi, a restaurant and a shared lounge. Excellent value for money, friendly and helpful staff, good food and always clean room, from there you can reach the whole island without any problems and it is 5 minutes away from the port.