Cilento Coast: The place with the best beaches ever

If you are looking for some of the most beautiful beaches in Italy, you’re in the right place: the Cilento Coast is one of Europe’s most romantic destinations seducing visitors with enchanting caves, archaeological sites, picturesque beaches and the best of Mediterranean food. 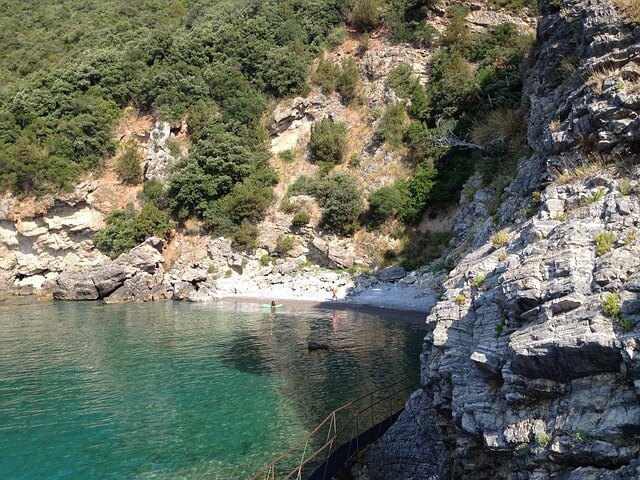 The Cilento Coast is one of the most unspoiled parts of the Campania region and it’s just two hours south of the chaos of Naples. Yet, this part of Italy is still hugely off the tourist radar: the encounter between the sea and the land has formed beaches that are simply spectacular in these parts, sheltered from the chaos and contamination of modernity.

One of the most beautiful seaside town that you can’t miss is Palinuro. This place is all about natural wonders. Palinuro is an idyllic village by the sea, blessed with amazing beaches and crystal clear waters. The landscape around Palinuro is jaw-dropping, with plenty of enchanting caves along the coastline.

But what are the most beautiful beaches in Palinuro (Cilento Coast)? The answer is easy: all of them! But to simplify the task, we have selected the 5 most beautiful ones in our opinion.

It is considered the symbol of Palinuro, it is located in a picturesque bay between two beaches of sand .It was the location of many films such as the Argonauts, Hercules and the Atlantean conquest and Clash of the Titans.

The beach, a mixture of sand and rock, is famous for its arch, from which it takes its name. It is the starting point for excursions to the caves of Capo Palinuro. Thanks to the natural arc particularly impressive at sunset when the light peeps from the monumental window, the beach becomes one of the best and incredible landscapes in the world.

Waters, needless to say, are clean and crystal clear. If you are in the mood for excursions, you can reach the Saracen Tower and enjoy the view. 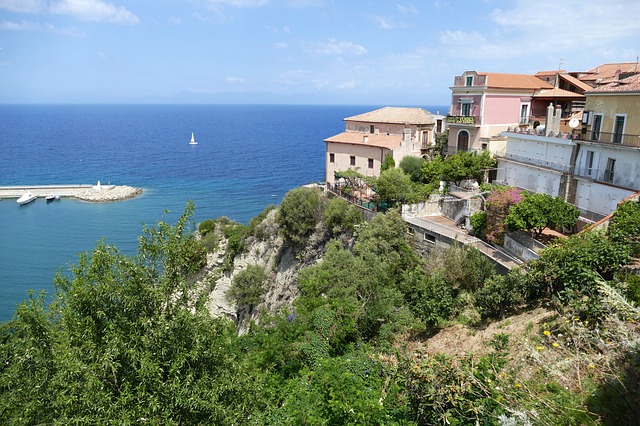 In the locality called Saline, in the northern side of the town, you can admire the spectacular fossil dunes.
Part of the beach is marked by a trait of the coast made of rocks shaped as roundish tanks by the sea: with the high tide they are filled of sea waters and during the low tide the water evaporates leaving deposits of salt in them.

It’s the closest beach to the town of Palinuro, easily reachable on foot paths through specially created. Le Saline is almost entirely given over to the bathing establishments where it will be possible to rent equipment for relaxation.

Each establishment, called Lidi in this area, provides its customers with umbrellas, sunbeds and entertainment of various kinds.

Of course, there are also bars that sell fresh drinks or ice creams. On the Saline beach, however, there are also free areas where it is possible to position yourself totally free, enjoying a beautiful day at the beach. We also recommend taking walks on the shoreline, especially at sunset, an experience that can give many unforgettable emotions.

The most unknown beach of Palinuro but the most scenographic, it’s placed at the outfall of Lambro river, set within a rocky valley.
It is reachable from the country through a steep staircase that leads from the top of the hill to the sea, or a walking path along the valley of the Lambro.

It is a wide sandy beach with the incomparable views of the cape and the coast to Marina DI Camerota, characterized in summer by the possibility to rent beach umbrellas and beach equipment.

The enchanting bay of Cilento where Ulysses was seduced by the Siren song. The most evocative bay set in the southern side of the cape is reachable only by boat.

A small and pretty bay close to Palinuro and as the name suggests it’s perfect for taking a nap in the sun or in the shade of one of its large trees. Its sand is fine and light, the water is crystal clear and is surrounded by high rocky cliffs: it has nothing to envy to the Caribbeans! 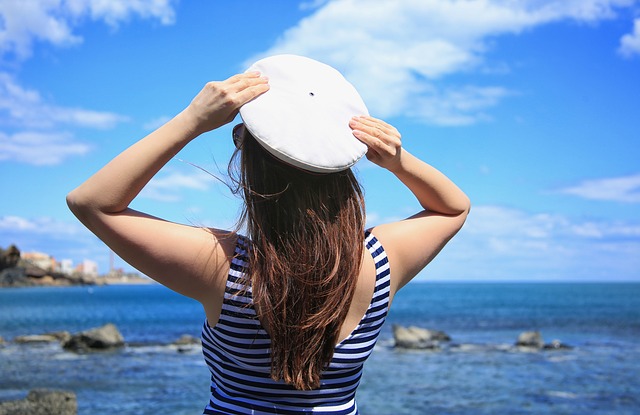 You cannot spend the holidays in Palinuro without visiting the caves of Capo Palinuro, that have nothing to envy to the Blue Grotto of Capri. The caves are also the ideal place for diving, in fact, there are legendary diving, among them the one at the Grotta Azzurra Capo Palinuro presenting reasons of interest such that they can be called unique.

The Blue Grotto is the cave most known to tourists and the easiest to get by boat, just outside the harbour of Palinuro, and is therefore the most visited, also thanks to the spectacular play of light that can be seen on the surface of the water, which magically, especially at certain times of the day, is coloured with an intense blue. The maximum depth of the cave is 33 meters.

How to get to Palinuro:

Palinuro is located in the heart of Cilento. It is 10 km from Marina di Camerota and 37 km from Sapri. The closest airport and the closest large train station in the region is in Napoli: from there the easiest way to reach the Cilento is by renting a car.

By Train: Palinuro is connected to major cities of Campania such as Naples and Salerno thanks to the Salerno-Reggio Calabria railway network. The train station stop is Pisciotta-Palinuro, which is 8 km from the city centre. There are buses linking the railway station with Palinuro, but services are infrequent and a taxi may be your best option.
By Sea: In summer, Palinuro is also accessible by boat from Salerno thanks to the Metro del Mare.

Palinuro Hotels – Where to Stay 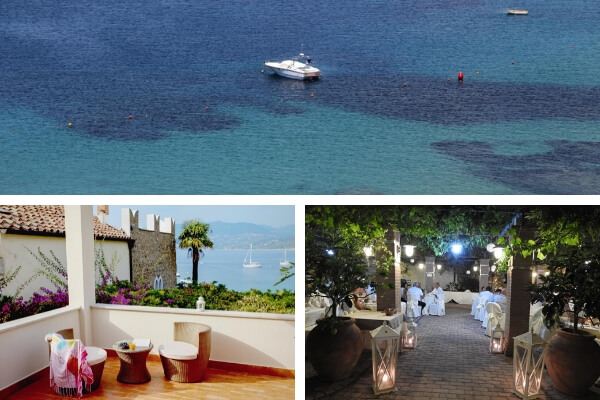 Perfect for a romantic beach holiday

Hotel La Torre is a few steps from its own private beach on Cape Palinuro. You can enjoy Mediterranean cuisine at the restaurant, which features a terrace overlooking the bay. Palinuro is set in the UNESCO National Park of Cilento and Vallo di Diano. The area is famous for its clean beaches and crystal clear waters. 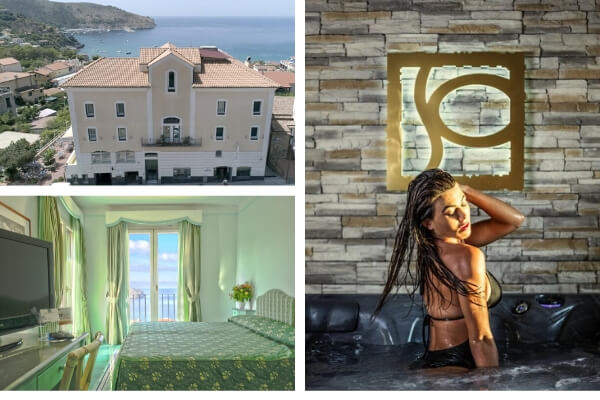 Completely restored and refurbished, the Santa Caterina is set in the heart of the marvellous and unspoilt Palinuro, right on the main street and by la piazzetta, the central square where all social events in town take place. The area is also scattered with shops and boutiques. The rooms are provided with all comforts and each looks different from the other, thanks to the originality of the gentle and pleasantly coloured Vietri ceramics. 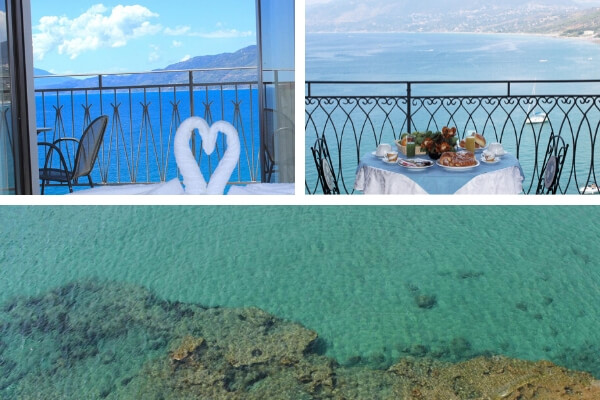 Offering a terrace with panoramic views over the Tyrrhenian Sea, Hotel Palinuro is set on the seaside, just 200 m from a sandy beach. A rocky beach is just below the hotel and is reachable via stairs. From Hotel Palinuro, guests can visit the beautiful Cilento Coast, including the Arco Naturale rock formations, a 10-minute drive away.