Saturnia, Italy, is a charming village dating back to medieval times, which has still managed to maintain its medieval nature. The hills surrounding the village are covered in woods and olive grooves with plenty of Etruscan remains. 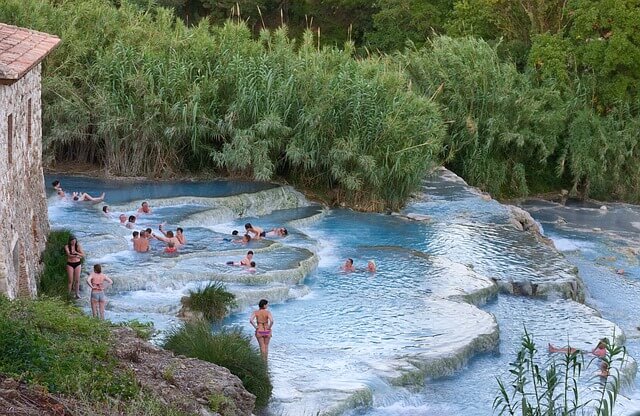 The village is located an hour away from Siena, an hour and a half from the city of Rome and quite close to the sea. In the recent years the village has gained quite a reputation for its excellent thermal baths, its hot water spring and its good traditional restaurants.

The Terme di Saturnia, Italy, are a group of springs located a few kilometres from the village of Saturnia.

The springs that feed the baths, which are found in the South-Eastern valley, cover a vast territory that stretches from Mount Amiata and the hills of Fiora and Albegna rivers to the Maremma grossetana at Roselle (Terme di Roselle) and Talamone (Terme dell’Osa).

The famous Waterfalls of Saturnia, also known as “Cascate del Mulino” or “Cascate del Gorello”, is among the most popular and fascinating in the world.

A wild and spectacular site of great appeal created spontaneously by nature thanks to a cascade of sulphurous water gushing from the millenary spring and generated by the warm water stream of the Gorello in the calcareous rock.

Here, in the course of the centuries, the force of the water, as it hurtles down the cascade, has modelled numerous natural pools in the travertine rock, to create natural bathtubs. 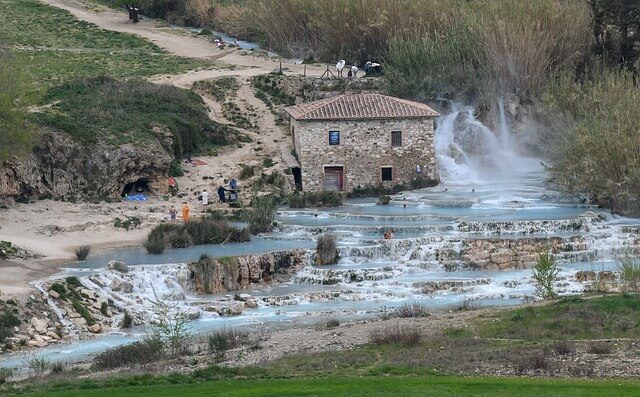 The waterfalls are completely wild and free and may be visited every day. The falls are fed by the thermal waters which flow at a near constant 37° C (98.6°F) from the Terme di Saturnia and his sulphurous waters are renowned for their therapeutic and healing properties.

The waterfall is about 2 km from the village of Saturnia: just beyond the entrance to the spa and the gas station, you will see a dirt road on the turn of the main road.

Follow it and you’ll find a free car park to your right. There’s a bar where you can buy drinks, sandwiches, and snacks and pay to use the shower.

The best times to visit the Saturnia Hot Springs are early in the morning and after dinner in the high season and any time you want in winter.

A curiosity: according to Roman legend, the baths of Saturnia originated thanks to the god Jupiter. Angered with men, he threw lightning on the Earth. At the exact point where the lightning hit the ground, hot water began to flow.

Saturnia Hotels – Where to Stay 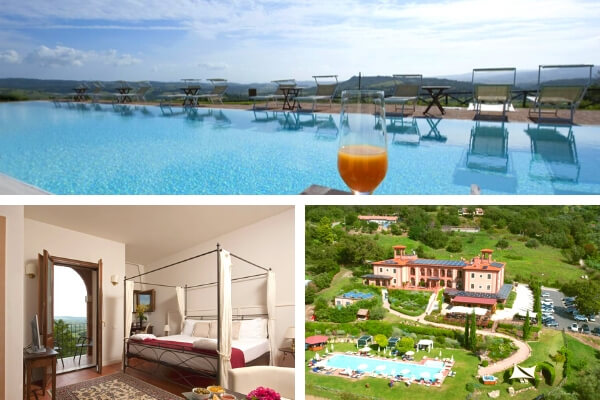 A lovely hotel in the southern Tuscany countryside, just 5 minutes drive from the Saturnia Thermal Springs. The facilities at the hotel are excellent, great pool, indoor spa and excellent restaurant.The view over the Tuscan hills and hillside towns of Saturnia and Manciano from the room and the pool is magnificent! 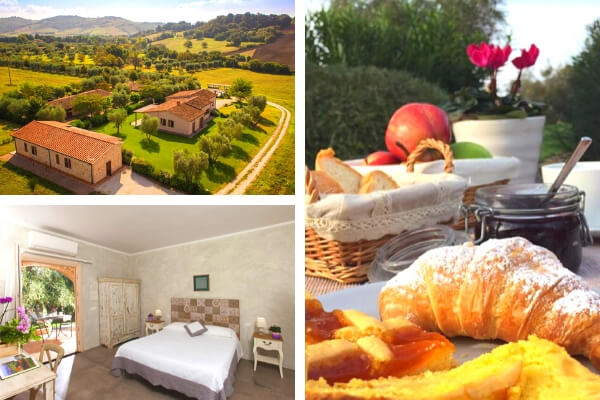 Just 600 m from the Cascate Libere waterfalls, Le Cascatelle is in the Tuscan countryside. It offers rustic-style rooms and apartments with wood-beamed ceilings and hand-painted furniture. This Tuscan farmhouse is only 800 m from Terme di Saturnia thermal spa where guests have discounts. The spa complex features a golf course that also offers discounts. 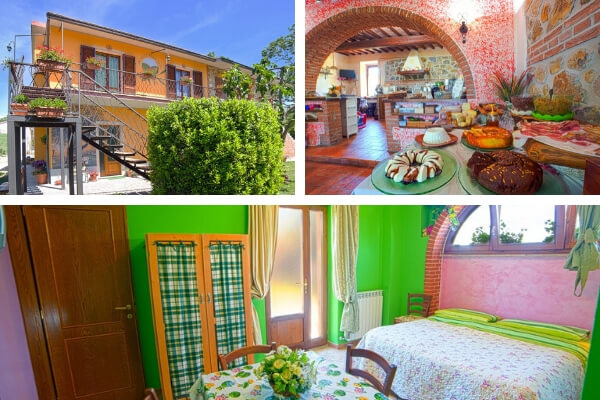 Excellent hospitality, structure surrounded by greenery, a short distance from the thermal baths of Saturnia. If you want to feel like you are at home, it certainly suits you. The owner prepares fabulous breakfasts with typical and homemade products.