Ischia is the largest island of the Gulf of Naples. It is known as the green island for its luxuriant nature life, set amongst rocks, grape vineyards and woods of oaks and chestnut trees. This exceptional scenario frames some of the most unique natural baths in the world, characterized by the presence of hot, very hot, thermal and hyper-thermal mineral waters. Read on for the best Spas in Ischia. 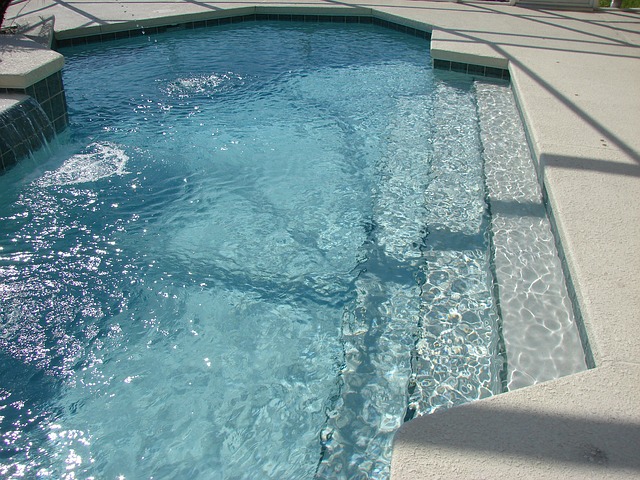 One of the “must do” in Ischia is to visit a thermal spa: Ischia represents the capital of European thermal vacations, it holds 103 thermal springs, 69 fumarole aggregations, and more than 300 different establishments.

There are a number of places on the island where you can take advantage of these natural phenomena, including the natural hot springs of Sorgeto, or at the thermal parks and gardens such as Poseidon or Negombo.

The largest spas like Negombo and Poseidon have over a dozen pools and guests can spend an entire day relaxing.

You will also find that many hotels contain the word “Terme” in their names. If a hotel has the name “Terme” included in its title, then it’s likely to have its own thermal spa or wellness centre, using its own natural under-ground resources.

Here a list of the best Spas in Ischia

The Poseidon Gardens, situated within the Commune of Forio, on the evocative Bay of Citara, represent the largest thermal park on the Island, with 22 thermal, curative pools, from which spring waters ranging from 60.8-104° Fahrenheit (16-40° C).

It is a thermal paradise that, extending over 60,000 sq m (645, 835 sq ft), touches the sea with its gorgeous, well-equipped beach. The many pools situated around the complex are surrounded by beautiful tropical plants, there is a network of terraces, steps and winding pathways, so comfortable sandals are a must here!

There is also a long, private, sandy beach where you can lie on a sunbed, or alternatively use one of the many sunbeds around the pools.

Useful Tip: Shower caps must be worn in the pools at Poseidon. 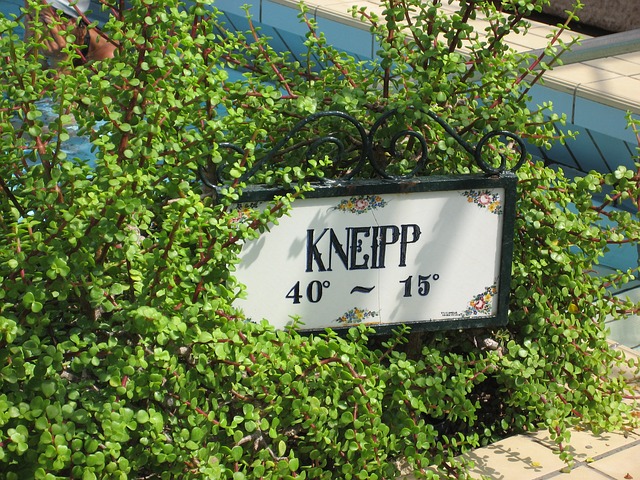 The Negombo Hydrothermal Park, in the village of Lacco Ameno, welcomes visitors to relax in a magnificent garden rich in tropical plants and lush vegetation.

Negombo offers a “Kneipp” itinerary in an alternating series of cold and hot water, which serves to stimulate circulation.

It consists of 12 pools of varying temperatures between 18°C and 38°C including a large 33m sea water swimming pool, surrounded by beautiful botanical gardens and on the other side, the long sandy San Montano Beach, and sparkling sea.

During the month of August the park puts on music and cabaret performances every evening.

The island’s spas are open from mid-April to mid-October, and you do not need to reserve ahead.

There are also a number of spots on the island of Ischia where thermal springs bubble up naturally from under-ground, and anyone can stop by to relax and soak in the warm water ( Public Hot Springs)

Sorgeto is the most famous natural hot springs on Ischia, located on the Bay of Sorgeto on the island’s southern coast near the Bay of Sant’Angelo.

Sorgeto is a small bay with rocks, pebbles, and pools of hot water. There are vents of hot spring water that come up through the sea floor, mixing with the cooler salt water to form warm currents, and pools among the coastal rocks with temperatures between 30 and 37 degrees.

Due to these hot water springs under the waves, you can bath in the Bay of Sorgeto even in the winter months or in summer under the moonlight.

Ischia Spa Hotels – Where to Stay 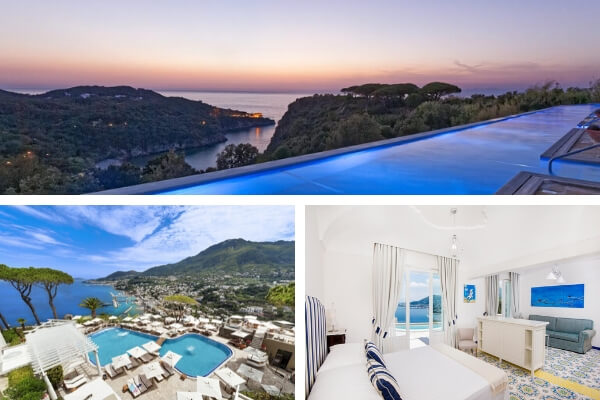 Admire the panoramic views across Ischia and the Amalfi Coast from San Montano Resort & SPA. This luxury, 5-star hotel features a natural sauna and thermal pool, plus a modern wellness centre. The property has 2 outdoor pools, an indoor Kneipp pool, and 5 hot tubs overlooking San Montano bay. You can sunbathe on the terrace or take the free shuttle to San Montano beach where you receive complimentary towels, umbrellas, and sun loungers. 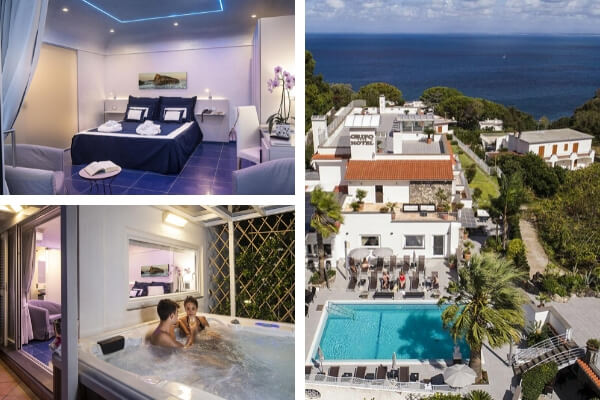 Offering panoramic views and both indoor and outdoor pools, Grifo Hotel Charme & Spa is 1.5 km from Ischia Harbour. The thermal spas of Castiglione Parco Termale are just 500 m away. Back at the hotel, you can relax for free in the wellness area with sauna, Turkish bath and hydromassage shower. The covered pool with hydromassage area is heated to a maximum of 36°C. This hotel provides a free shuttle to and from Ischia centre and the harbour in Casamicciola Terme. 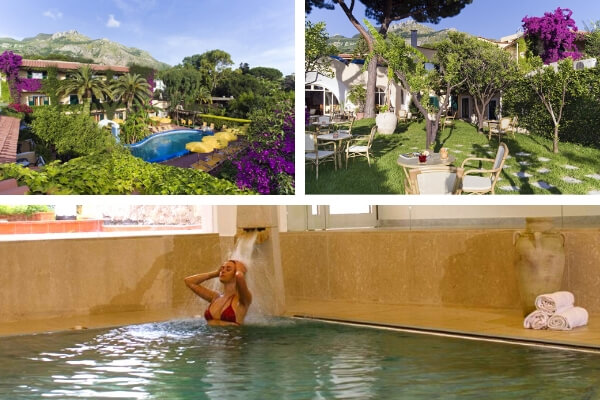 Villa Angela features 1 outdoor pool surrounded by floral gardens and 1 indoor thermal pool, all just 800 m from Citara Beach, on the west side of Ischia Island. On site you will find lots of common areas to relax in, and several massage and beauty treatments that can be arranged at the spa. After the sunset over the Tyrrhenian Sea, the Villa’s restaurant offers to guests a mix of local and international dishes. Local buses stop just metres away and connect you to various destinations around Ischia.