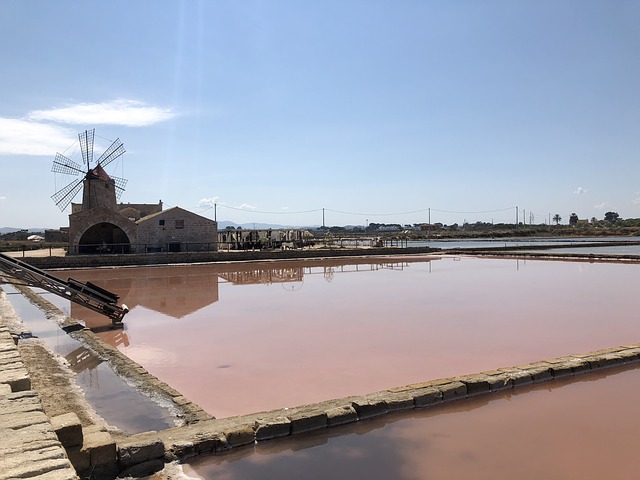 You will discover this landscape in Trapani that boasts some of Europe’s oldest salt marshes and is still home to some of the windmills once used to drain water from the basins.

There are two main areas of production, one at Nubia, just south of Trapani, and one at the “Stagnone” (Sicily), the largest lagoon in Italy, a few miles north of Marsala.

The first civilisation to have taken advantage of the ideal conditions of this part of the island – flat, windy and sunny coast – is believed to have been the Phoenicians.

They decided to channel seawater into ponds where it evaporated, and the resulting salt was harvested and then exported throughout the Mediterranean basin. Despite their ancient origins, the salt flats are still being worked using traditional methods.

Midway between Trapani and Marsala, on the banks of the lagoon is a fascinating salt museum located in a 16th century salt worker’s house.

It recounts the different stages involved in collecting salt from the salt pans and displays various specialist tools adapted for its extraction and its harvest including mill gearing and windmill vanes.

This site is also very important for the survival of many biological species; it is one of the rare examples in which the man with his work has contributed to the preservation of nature. 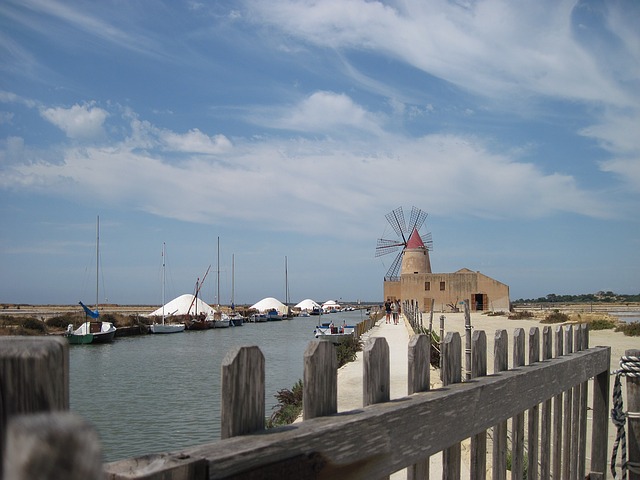 Many migratory birds stay in this little paradise like the pink flamingos. These beautiful, eccentric birds stop and reproduce in Sicily during their migrations.

Their feathers gradually turn pink as an effect of their diet during their stay at the sea salt fields.

The presence of flamingos and other wild birds is the living proof of the success of the WWF sanctuary that protects the area.

What you should not miss:

Enjoy an unforgettable sunset accompanied by a glass of good wine!
The very last sunlight of the day reflecting over the basins, the immaculate white salt and the blue of the sea makes this warm tones landscape look like a wonderful painting. This is the perfect moment for a photo!

Did you know? Lo Stagnone, Sicily, is also the most attended lagoon by kiters in Europe. It’s one of the paradises of world Kite, characterized by shallow waters, constant wind and breathtaking scenery.

The best time to visit Sicily is from March to June or September to October. These late spring and early fall months offer pleasant temperatures, which are ideal for outdoor activities, beach lazing or hiking.

Marsala Hotels – Where to Stay 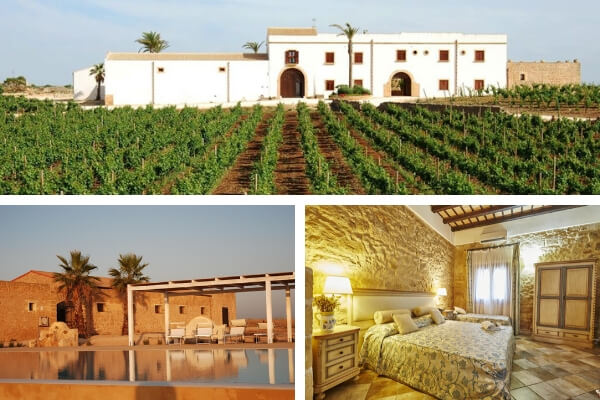 Best for peace and quiet

The location is peaceful and scenic, set among vineyards and with a view of the Aegadian islands. It offers an outdoor pool and rooms with Mediterranean-Sea views and free WiFi. ake out one of the hotel’s complimentary bikes and explore the beautiful vineyards.There are wine cellars located on site, where you can taste the hotel’s own wines as well as typical local produce. 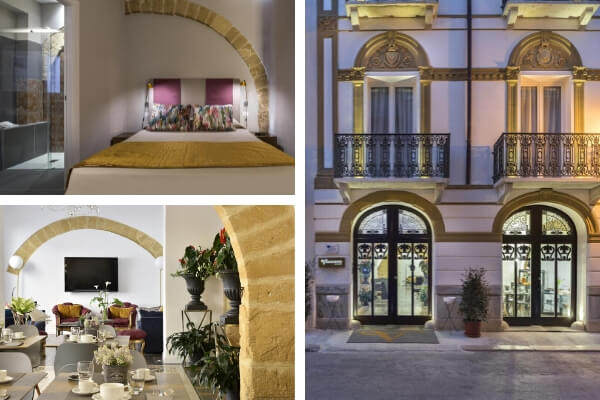 Very beautiful hotel in the Center of Marsala .Quiet and very well equiped rooms. Tastefully decorated, large and modern rooms and beautiful areas like the lobby ,stairs and the breakfast room. The breakfast is delicious, with a large range fresh products . 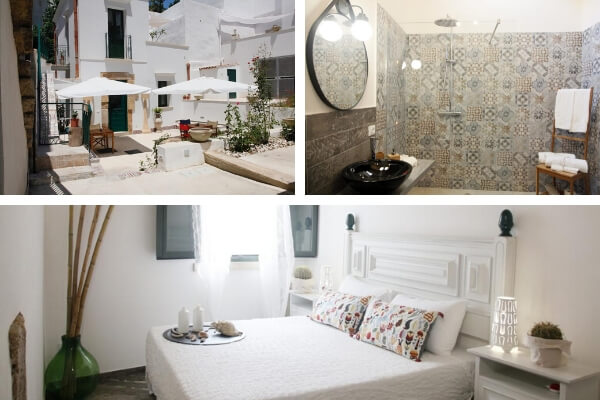 Beautiful apartment maintained in a maritime atmosphere, modern and clean bathroom, a patio where you could eat a meal. In the apartment a kitchen with a fridge and a coffee maker. Close to the city center. This is the perfect place for exploring the great number of restaurants and “winerias” in the city.