Palmarola Island: this island will make you feel like Indiana Jones exploring a new world

Palmarola island has been defined by many as the most beautiful island in the world.
It’s an uninhabited island and, perhaps, this makes it even more appealing to those who wish to explore it and admire its beauty. 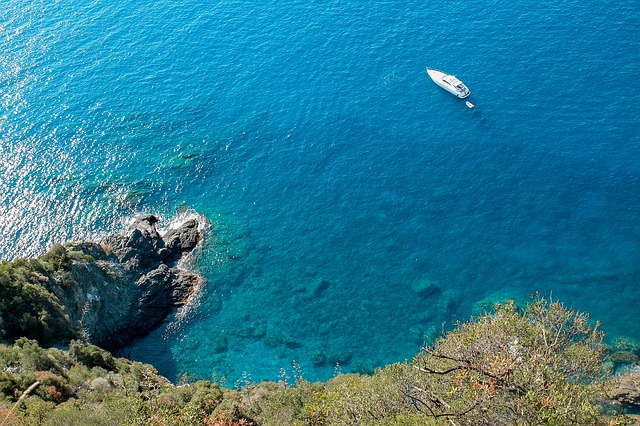 Palmarola island is the kingdom of myth: here the Greek hero Odysseus on his way back home from burning Troy was seduced by the sirens’ songs and had to plug his ears and tie himself to the ship mast to resist falling into the seductive clear waters.

The clarity of the water and the charm of its coast, sculpted by the sea and the winds, will capture your attention and you will remain fascinated.

It is a place that is noted for having many natural grottos and cliffs, you’ll feel like Indiana Jones exploring a new world with a prehistoric scenery.

Time seems to have stopped at the Jurassic age: Palmarola has lush vegetation, fluorescent blue waters, grottoes and massive sea stacks.
The best way to explore Palmarola is by a boat trip from Ponza(the island is just over 7 miles away from Ponza).

During the boat tour you will be able to see many cavities and caves and the boat will stop a few times to allow passengers to go for a swim.

You will admire the Rocks called Fucili (Rifles), which in the past formed a natural arch, collapsed after a violent storm; the Faraglioni di Mezzogiorno, amongst which there is the largest one that has an enchanting cave inside, approximately 20m high, in which you enter by boat and then come out on the other side. 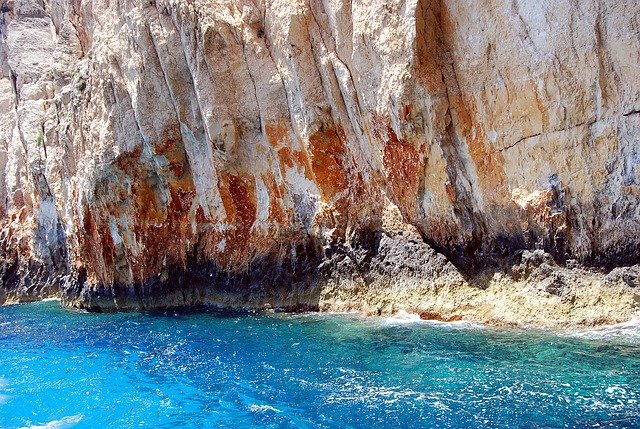 Next, you will find the famous rock face called Cattedrale (Cathedral), formed by a basalt rock in the shape of columns. The secular wind erosion that took place in this part of the island resulted in a spectacular formation of tufa rocks.

On top of the mountain you can see a small colony of palmettos.
Did you know? There’s just one restaurant open during summer on the main beach, where boats are allowed to anchor.

There is no regular ferry service to Palmarola, but if you’ve rented a boat to putter around Ponza, it’s easy enough (as long as the sea is calm) to motor over to Palmarola yourself.

Otherwise, there are regularly scheduled shuttle boats (25€/30€) to Palmarola from Molo Musco in Ponza port, which make it easier to explore Palmarola’s island if that’s of interest to you. The tours are offered by Cooperativa Barcaioli Ponzesi.


The best time to visit Ponza, Ventotene and Palmarola is from May to September, avoiding August as the island can become pretty crowded by day-tourists. September is a beautiful time to visit the islands and without the blazing summer heat, the walks are truly a pleasure.


Pontine Island Hotels – Where to Stay 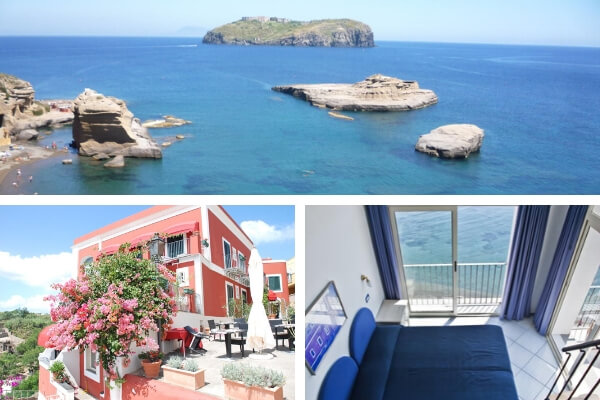 Located in Ventotene, Hotel Villa Iulia is set on a cliff overlooking the sandy beach of Caia Nave and facing Santo Stefano Island. All rooms have either a balcony or terrace with a sea view. Guests can walk to Piazza Castello in a minute, while the harbour where the ferries leave from is 400 m away. An Italian breakfast of fresh fruits, croissants, yogurt, and coffee is served each morning in the breakfast room. 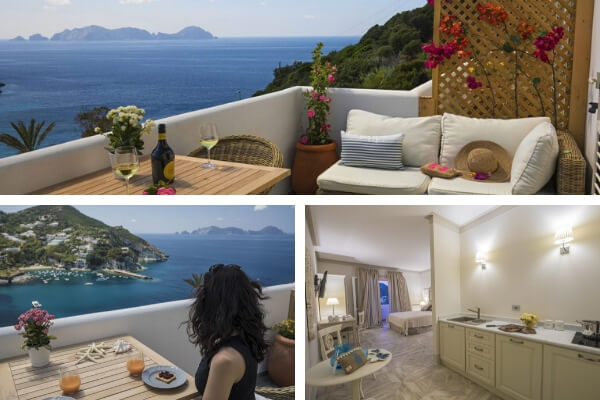 A view with such a view can hardly be found, even in the best hotels in the world. The room is also cozy, clean and perfect for being self contained. The units come with tiled floors and feature a fully equipped kitchenette with a fridge, a flat-screen TV with satellite channels, and a private bathroom with bidet and a hairdryer. 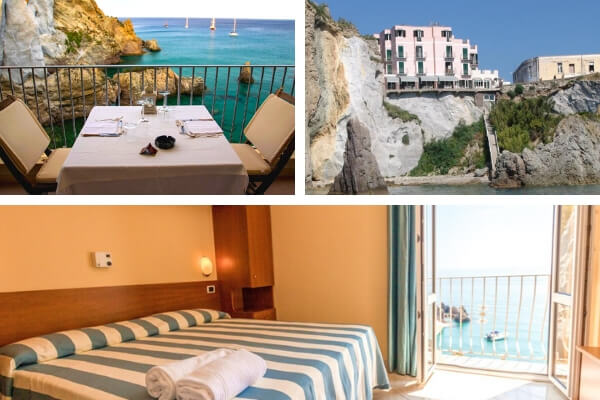 Perfect for a romantic stay

Boasting a bar, shared lounge and views of sea, Hotel Bellavista is situated in Ponza, less than 1 km from Chiaia di Luna Beach. Among the facilities of this property are a restaurant, a 24-hour front desk and room service, along with free WiFi throughout the property.Continental and buffet breakfast options are available each morning at the hotel.