Giglio Island: the Pearl of the Tuscan Archipelago

The Giglio Island is the second largest island of the Tuscan archipelago and it’s a hidden treasure surrounded by the Tyrrhenian sea. You’ll get lost in a magnificent whirl of fragrances, unforgettable sunsets, colours, tasty dishes, small villages and stunning beaches! 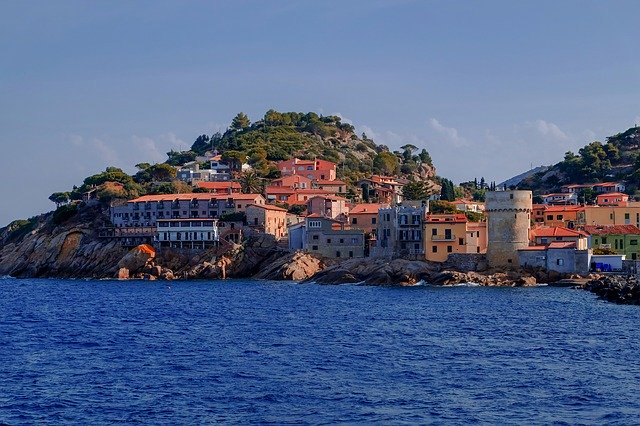 The coast of the Island develops for only 28 km and is ideal to be circumnavigated in a few hours. Most of the island like the rest of the Tuscan archipelago is made up of granite with an almost golden colour.

The typical granite rocks are often comfortable to lie down, offer an easy access to the sea and also allow you to dive.

We suggest to reserve a round-trip of the Island of Giglio by boat to discover the coves and beaches hidden and inaccessible from the ground is an experience that should not be missed during a holiday on Giglio.

Taking a solitary bath in one of these coves is a truly unforgettable experience!

Once finished the boat trip, you can explore Giglio Porto and the suggestive medieval village.

Giglio Porto is a small and suggestive village, especially thanks to its old town centre. The charming town of Giglio Porto is a colourful row of houses nestled along a cove between two piers, backed by a terraced hill.

Sailing boats reflect on the crystal clear turquoise water of the island’s only harbour. Giglio Porto is perfect for walking along the piers and shopping in the numerous boutiques. 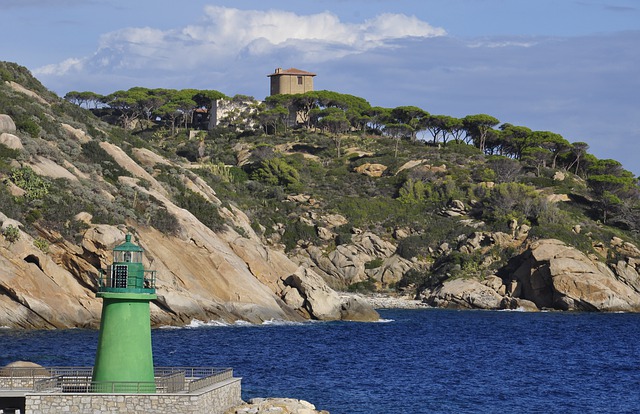 In the harbour, you can find several boatmen who will take you to see some of the most beautiful coves, such as Cannelle and Caldane.

From Giglio Porto a narrow, winding road, surrounded by vineyards, climbs up to Giglio Castello, 405 meters above sea level.

The oldest town on the island has kept its original fortified appearance and is surrounded by high medieval walls and towers.

The main attraction is the Rocca Aldobrandesca (hence the name of the town), an imposing fortress. From here you can enjoy a wonderful view of the island. It takes about one hour and twenty minutes to get there on foot.

If you want to spend an overnight at Giglio, we suggest the romantic town of Giglio Campese.

Giglio Campese, the most recently-built town, is now the island’s most important tourist spot. Situated on the west coast, it stretches along the largest and most popular sandy beach.

The charming bay of Campese is a popular spot for windsurfing and sailing, thanks to its southern winds. The bay looks out to the west, on to some of the most spectacular sunsets over the island of Montecristo, Elba and, if weather conditions allow it, even as far as Corsica!

How to get there:

The island of Giglio can be reached with an hour of navigation starting from Tuscany coast- Porto Santo Stefano (Monte Argentario). The two shipping companies Toremar and Maregiglio make numerous multi-day trips to Giglio Porto.

Those who have decided to spend their summer holidays on the Island of Elba may want to go on a day trip to Giglio: the crossing from Elba to Giglio leaves from Porto Azzurro on an Aquavision shipping company ferry and takes about two hours.

Giglio Island Hotels – Where to Stay 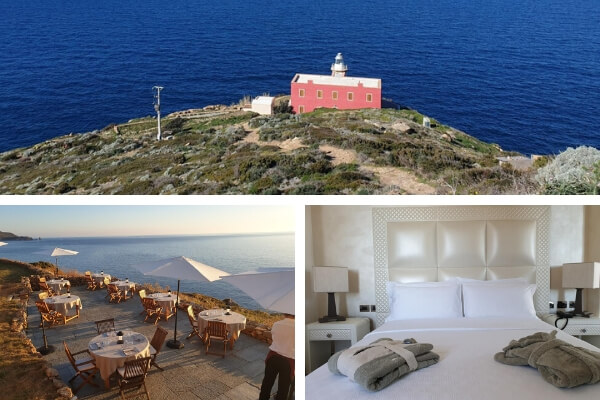 Stay in a true lighthouse of the late ‘800

Beautiful place in the “middle of nowhere” surrounded by nature and the super clean turquoise water. A must experience for adventure lovers! Perfect if you want to be far away from all daily stress. First class food for lunch and dinner.Excellent rooms, spacious, well decorated and very clean. 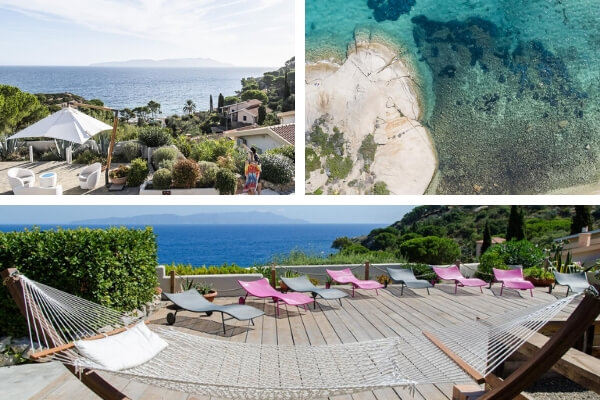 Fabulous breakfast on the terrace overlooking the sea

Beautiful renovated property in a lovely location with a large terrace overlooking the sea. Great shuttle service to and from the port. Excellent breakfast on the terrace. nicely furnished and definitely functional rooms .Hotel Arenella is 350 m from the sandy beach. 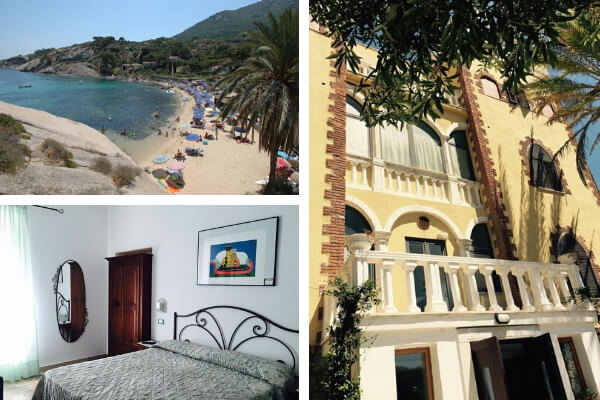 The hotel has a beautiful location, surrounded by nature, with a sea view, just above the port, reachable on foot in a few minutes. Dating back to 1902, it offers elegant rooms and a Mediterranean restaurant. Rooms at Castello Monticello are air conditioned and feature a TV, minibar and private bathroom. Breakfast is buffet style, while the restaurant serves local specialities and fine Tuscan wines.