Italy is the largest rice producer in Europe, and the Lombardy and Piedmont regions are Italy’s rice bow. Mantova (160 km far Milan) is a great place from where to discover Italy’s rice fields and Italian rice industry. 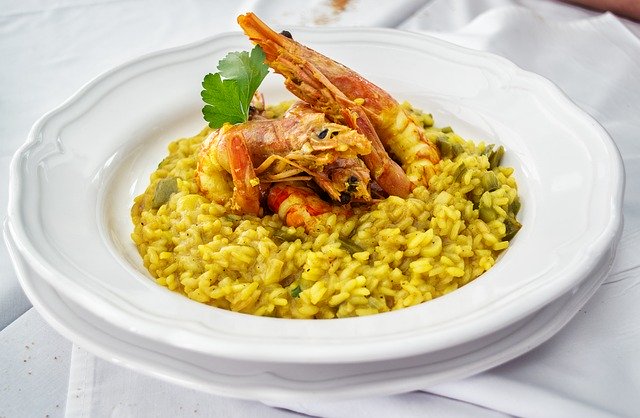 The area east of the city, and bordering the province of Verona, contains the so called rice route which stretches from Roverbella to Governolo taking in Castelbelforte, Porto Mantovana, San Giorgio, Castel D’Ario, Villimpenta and Roncoferraro. All these towns are gastronomic centres for risotto.

If you visit Italy in June, don’t miss the “Rice Harvest Festival”: A festival held in June in Villimpenta, with roots back to times when Mantova province was known for its rice route, where rice was grown and exported, this festival celebrates the many Italian rice dishes, including the famous Risotto.

The most famous Italian rice dish is Risotto alla Milanese. According to tradition, the dish was concocted during the construction of the famous Milan cathedral at the beginning of the 16th Century. Saffron was introduced to colour the stained glass windows of the cathedral, and was added to a risotto dish only as a joke.

Did you know? The Italians have a saying “Rice is born in water, but dies in wine”.

If you want to try an original experience surrounded by greenery (near Milan 20 km) we recommend you to sleep in an old organic farm.

In Cascina Santa Brera you can wake up with the scent of nature, explore the surroundings by bike or by foot, pick your own organic vegetable and eat local, then reach the pulsating heart of the metropolis by bus and subway. 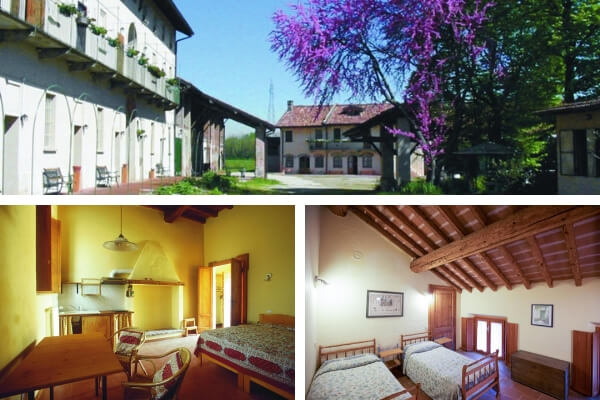 Cascina Santa Brera is an organic farm with a large vegetable garden, wild animal breeding and a historic attention to energy saving practices.

The old farmhouse has been renovated with green building techniques and offers 40 beds in beautiful rooms with services or in mini-apartments with kitchenette and private bathroom, while from the old adjacent barn has recovered space for a simple agritourism refreshment (50-60 seats) and rebuilt an oven to bake bread, made with natural leavening (sourdough), which is also sold in the company shop.