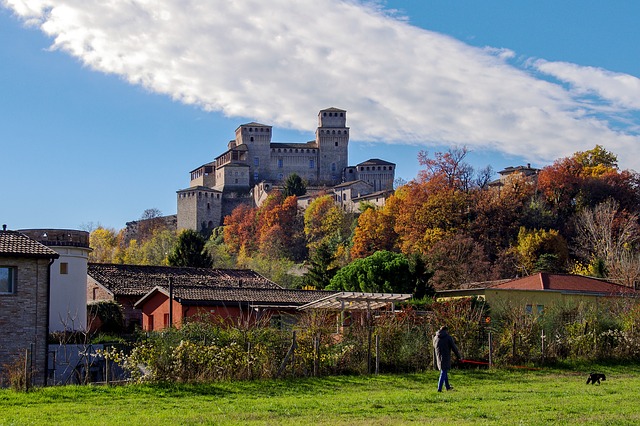 The cultivation of grapes in this area dates all the way back to the Romans. “Colli Piacentini” (Piacenza hills) are not only a wine producing area, but an authentic district of “fine tasting”.

Excellent cheese and cold cuts are famous in Italy and abroad, and every valley offers a rich selection of restaurants where it is possible to savour the traditional dishes of the Piacenza cuisine.

Not only.. For art lovers, the hills and the mountains still preserve their beautiful natural aspects, castles, medieval burgess, monasteries and ancient abbeys. We recommend you to rent a car and visit these romantic hills for a weekend. You will love driving through sleepy villages, along roads lined with acacia and elder-flower trees in spring and cherry and apricot trees in the summer.

Don’t miss to visit the medieval village of Castell’Arquato (Piacenza, Italy): one of the prettiest medieval villages in the countryside south of the Po river. In the borough it is possible to find local artisans’ shops, restaurants and wine bars.

Almost always, you will be surrounded by vineyards on the slopes of the hills. The prince and the princess of autochthonous wines here are: 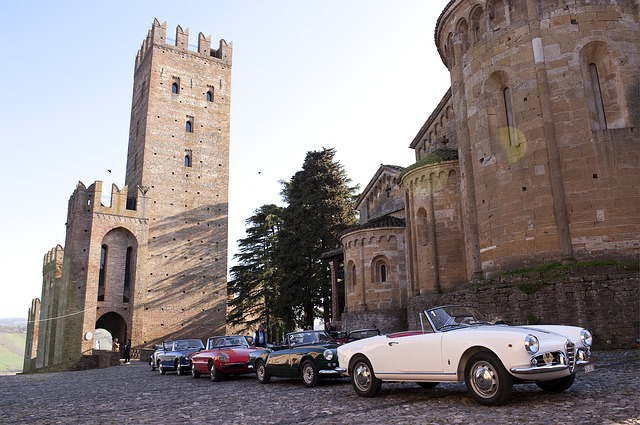 A wine tasting here is a must. We suggest you to visit the “Pusterla winery“, where you will be told all the secrets of these wines. The winery is a fascinating old building set in a marvellous corner of Arda Valley, not far from the historical village of Castell’Arquato.

The cellar is on the side of a sweet hill and is surrounded by vineyards, a beautiful welcome visitors for tasting wines and visiting the cellar.

On request, they can arrange – for small groups – guided tastings accompanied by salami (Pancetta and Coppa, two typical cured meats of the hills of Piacenza) and cheese.

It is also possible to agree a typical Piacenza menu prepared with the collaboration of an outside chef or to taste the Pusterla wines in combination with the typical dishes of Piacenza’s cuisine in some restaurants in the surroundings in which the company is associated with. For reservations website

Your next stop will be is the medieval hamlet of Vigoleno(Piacenza, Italy), set on the top of an impressive rock spur (only 15 km away from Castell’Arquato). Walking down its winding lanes and narrow streets, enveloped in a magical atmosphere, you will have the possibility of enjoying breathtaking views over the vine-clad hills of the surrounding area.

In Vigoleno the Romanesque architecture does not need to be described: the ancient castle today hosts a Relais de Charme, whereas shops and restaurants are disseminated along the village. 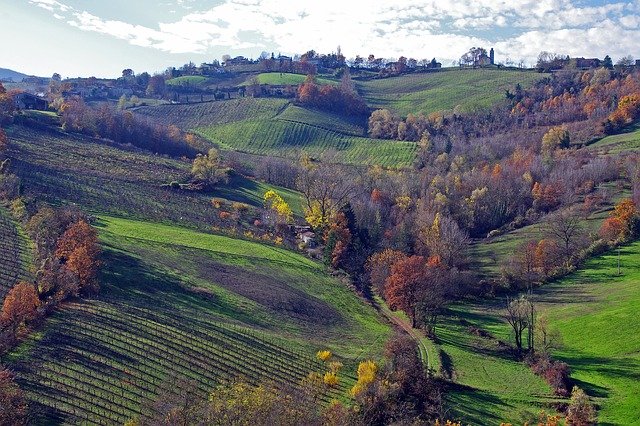 After your visit, you can end with a special tasting of Vin Santo di Vigoleno… an incredible dessert wine closely bound to this land. Only for special gourmet taster! We recommend you to visit “Azienda Agricola Lusignani ” website

If you are dreaming to have a romantic vacation in a farm holiday you will appreciate the warm cosy atmosphere of “Podere Palazzo Illica“, a seventeenth-century palace, built out of terracotta and sandstone.

After you have spent the day exploring parks, churches, castles, museums in the area, you will regenerate body and soul in this old palace.

Piacenza Hills Hotels – Where to Stay 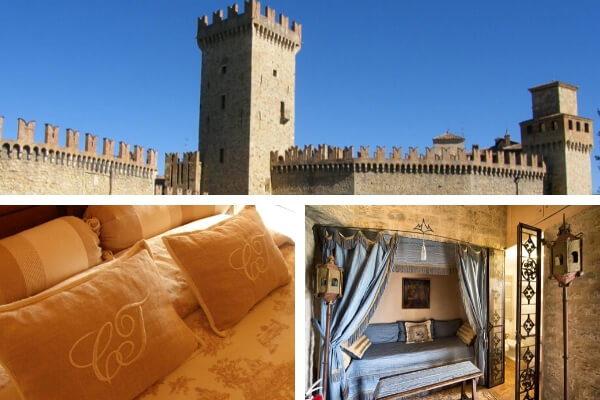 A medieval fortified castle, Castello di Vigoleno is set on a hilltop inside the Stirone Regional Park. It features elegant rooms, a sun terrace and a restaurant. Choose the Food Package, it includes: a dinner with local products (drinks included), One overnight stay in double room in dependance,breakfast in the castle,Guided tour of a wine cellar ,Guided tour of a cheese factory with Parmigiano Reggiano production. 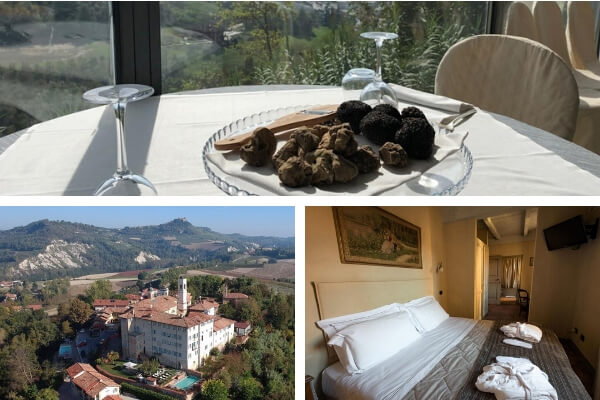 The Antico Borgo di Tabiano Castello is a Relais de Charme inside an ancient settlement with a castle nestled among the green hills of the province of Parma. Try L’antico Caseificio Restaurant. The restaurant is located in the old dairy and cheese factory. Until a few years ago it has produced the king of cheeses for more than 200 years.
The dishes are made from local products and from our garden. The cuisine is typical of the best tradition of Emilia. You will also find a wide selection of quality winesfrom all regions of Italy. 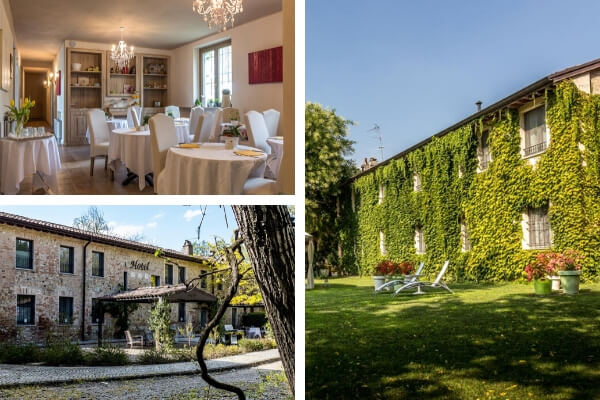 Best for peace and quiet

Housed in a restored farmhouse, La Maison De Vì is set in its own garden surrounded by the Emilia-Romagna countryside. Offering free Wi-Fi throughout, it features spacious rooms and an extensive breakfast. You can relax out in the furnished garden, where you can also enjoy breakfast when the weather is warm. You daily breakfast includes homemade cakes, organic jams and local cold meats, as well as gluten-free food.