Sestri Levante formerly a fishing village just 50 kilometres away from Genova is lovely gem with an island atmosphere. In fact the particularity of Sestri Levante is that the village has two seas, the Bay of Fairy Tales, and the Bay of Silence.

These two bays were named in honour of the Danish author Hc Andersen, who lived in Sestri for some time. He also used to call Sestri “ the town of two seas”. 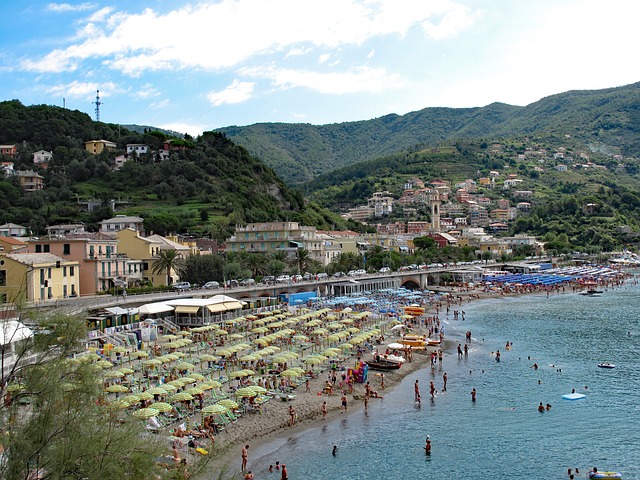 The Bay of Silence is hidden just off the main street of Sestri and you will be surprised by its beauty the first time you see it. There is a romantic harbour, a boardwalk and a quiet beach.

On the other side, the Bay of Fairy Tales is a one kilometre beach with a splendid view of part of the peninsula where Sestri is located.
The bay boasts a seafront promenade, more houses and a lively atmosphere.

The old town contains lots of nice restaurants as well as boutiques and ice cream shops, with Via Aprile XXV the main shopping street.
After shopping, if you have the energy you should walk up the hill for a lovely view across the bay.

The restaurants and bars are busy starting from the late afternoon serving aperitivi and nibbles, and the main street of Sestri is full of boutiques which remain open until late.
In the evening we recommend a stroll through the town centre: the nightlife in Sestri Levante, unlike the Cinque Terre, is abundant and lively.

The Festival of the street artists “Festival Andersen”. It is organized every year at the end of May and the beginning of June.

It is a meeting of the best street artist from all over the world!Every year street artists come to Sestri Levante and show their performances on the streets of the town.

All performances are free of charge!

Sestri Levante is a perfect base for discovering the wonders of Liguria. The most well known sites are the Cinque Terre and Portofino and most tourists actually miss some of the most picturesque and quaint towns and villages along the Ligurian coast.

If you plan to visit the Cinque Terre and other towns it is a good idea to stay here and save on accommodation, because prices in Sestri Levante are lower! 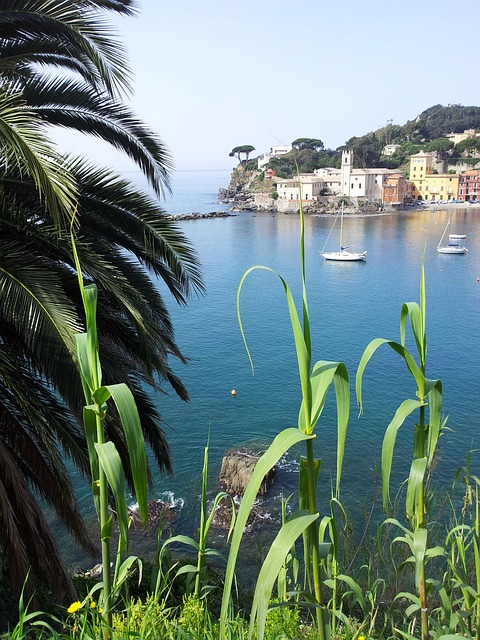 Moneglia (10 km from Sestri Levante) is a Ligurian gem inlaid in a gulf between the Tigullio and the Cinque Terre. The town is a rare and precious ornament of nature: the hills surrounding the town are rich in vegetation and full of olive groves and lemon trees. The first impression you will get upon arrival to Moneglia is one of a quiet beauty.

Moneglia has sandy beaches—both free and fully-equipped—as well as a pedestrian area, and narrow streets running along the coastline that are lined with shops, cafés, and focaccia houses. The beautiful sandy beach with crystal water is about 1 km long and it is protected from the waves by some rocks about 100 Mt from the shore.

The beauty of the sea and the town’s care of public places have made Moneglia a Blue Flag seaside resort since 1990.

Moneglia is also a starting point for paths immersed in the Mediterranean scrub from which you can enjoy enchanting glimpses of the sea.

How to get to Sestri Levante/ Moneglia:

Sestri Levante Hotels – Where to Stay 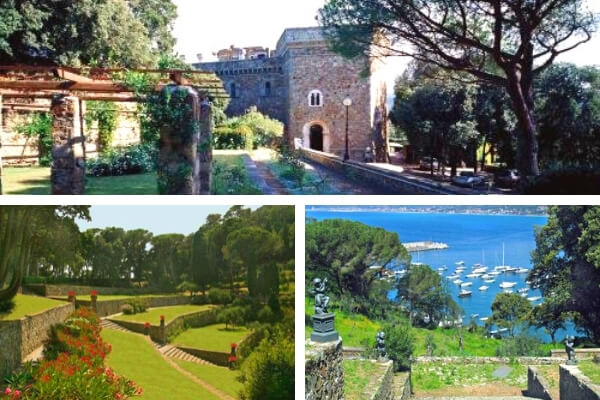 Superb location, perched on its own promontory, with a private lift down to the town’s shops, cafes and beaches. Beautiful surroundings, awesome view over the town and the coastline (two different directions), unbelieveable rocky private beach befitting of royalty. 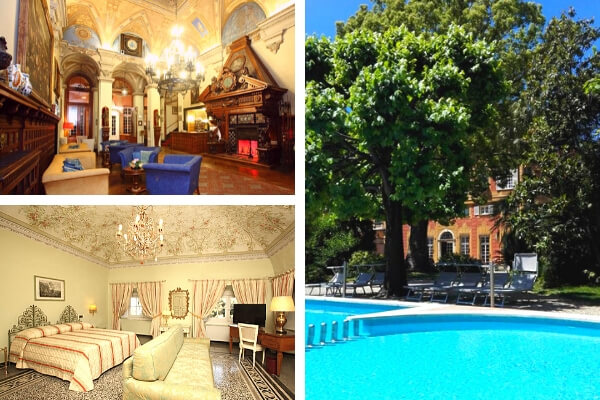 The Hotel is a beautiful building, full of high ceiling rooms draped in charming antiquity. It is located pretty much on the beach and three minutes walk from three or four streets were the best restaurants are located. The staff is wonderful and the breakfast on the terrace outside will be a real pleasure. 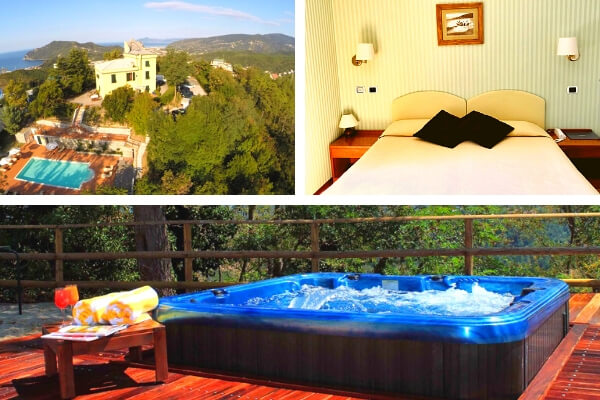